The Early Flaws
and History of Video Conferencing

This was brought forward at New York's world fair in the 1960's.

However it was too expensive for the average customer to own.

As a result, it wasn't widely used throughout the nation.

There was yet more work to be done concerning video conferencing to make it as high tech as it is today.

Nevertheless, the fact most people weren't able to get it was a disappointment to them. 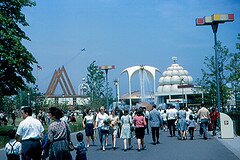 2. Quality of the picture

In 1976, the Network Video Protocol was introduced as an improvement.

Video Conferencing was demonstrated between Osaka and Tokyo for commercial use.

However, in the 1980's digital transmission (which is the transferring of voice and video into electrical pulses) was available. Then ISDN (Integrated Services Digital Network) came about.

This was the ability to transfer two video and voice connections at the same time over one line. This guaranteed a bit rate for transmission of video and audio. As a result, commercial video conferencing was introduced.

From 1984 to 1989 Concept Communication acquired a patent for a circuit board which double the video frame from 15 to 30 frames per second. 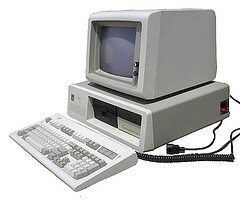 Then the size was minimized to fit into a PC (personal computer).

In the 1990's video conferencing proved to be the standard technology that would be ready for use to the public at a fair price.

In 1993 Multipoint Video Conferencing was introduced by Mac. CU-SeeMe was a video conference client that could make point to point video calls for the internet. It was introduced in 1992 but it didn't have audio. By 1995 CU-SeeMe for windows with audio was developed in 1995.

During the history of video conferencing most of it was for use by commercial companies.

In the 2000's,video conferencing was available for free through the average household who had internet service. However, was is viewed as having low quality by most consumers.